Services were started in July 1898 in a tent on the site where the flats now stand next to the existing Church. In August of that year services moved to a room in Brownhill Road while building was taking place. In 1901 the new building was known as the Bible Christian (Methodist) Church, Torridon Road Chapel. A further new Church was opened in 1913 and was dedicated as The Benson Memorial Church. After the second World War, when the Methodist Church in Hither Green Lane was destroyed by enemy action, the members from there came up to join us. Our Church was also damaged by enemy action in 1944 and services had to be held in the old hall until 1948, when the Church was re-opened after War Damage Repairs. Over the following years the Church then became known as the Hither Green Church instead of the Torridon Road Church.

In 1993 the decision, mainly due to the cost of upkeep and heating, was made to sell the site that the Church itself stood on. The site was purchased by the Hyde Housing Association and the Church was demolished in 1995. The adjacent Church Hall was modified to form a combined Church and Hall as it now stands, and was opened in 1996.

We now have the Church downstairs, with the Vestry behind it. The upstairs consists of a nice light hall with a small carpeted room behind it, which we call “The Benson Room” in memory of the old Church premises. There is also a small kitchen, with a serving hatch that opens onto the hall.

Our own activities include “The Benson Club”, which meets twice a month for a social afternoon with members of the congregation. The Brownies and Guides also use these facilities as “Sponsored Units”. We have also recently become involved with “Feed the Hungry” and made our first contributions just before Christmas. We hope to continue this support perhaps once a quarter.

The hall is let out three times a week to The Karate Club and we have occasional lettings for parties etc on various days throughout the week.

Our Junior Church has expanded over the past year and some of the children also sing with the Choir, which was formed about 18 months ago to enhance the singing in the Services.

Our congregation is now multi-cultural, with an approximate attendance of 45 – 50 each week. We have a fair proportion of young families that blend in very well with the older generation to form a very friendly and caring community. 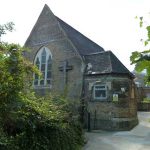 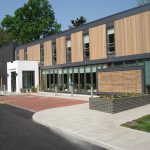 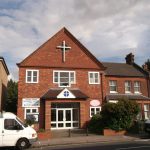 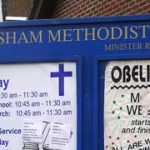 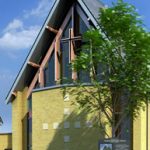 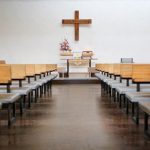